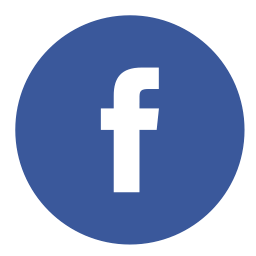 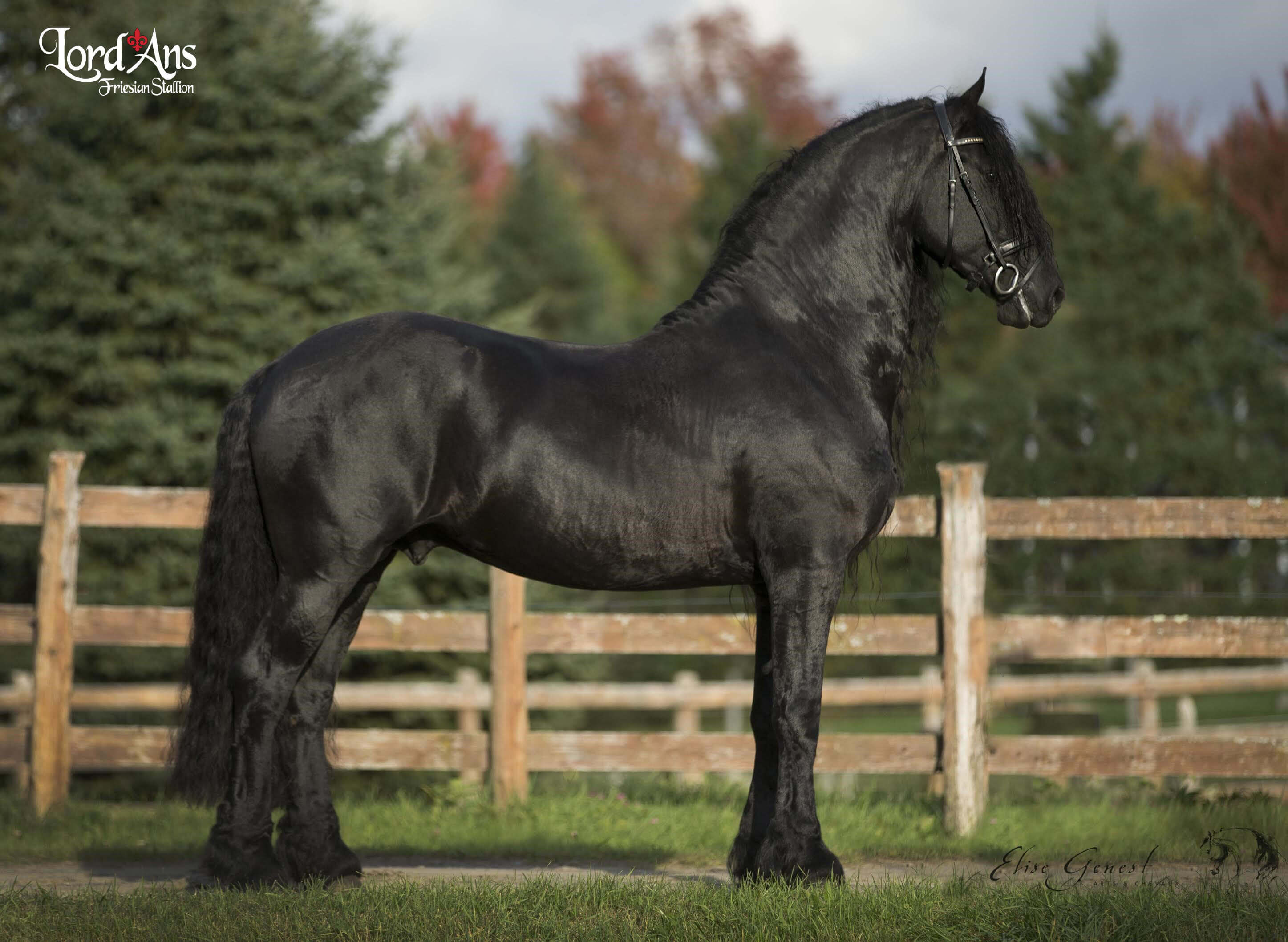 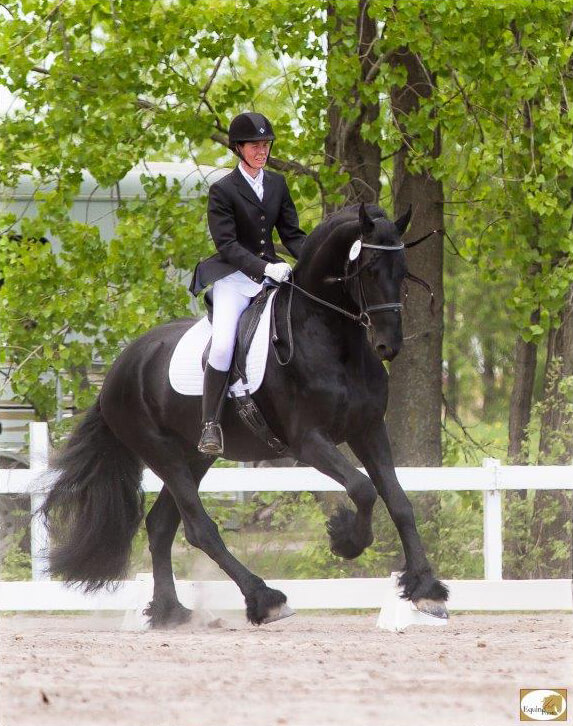 Lord Ans lordliness has profoundly touched the fortunate ones who have met him. Curiosity, playfulness, vivid intelligence, intensity and great sensibility make him connect profoundly with people that surround him. His work ethic is excellent, he is always cooperative and trying his best. Naturally confident and glamorous, Ans is aware of the fascinating effect he produces; he loves to shine for his crowd! He is an imposing and impressive horse, whose splendour and elegance inevitably make people turn around. Ans’ excellent conformation, as well as his presence and charisma have been pointed out at his inspection.

His exceptional personality has made him famous on social medias, his popularity keeps rising and benefits from a worldwide scope. 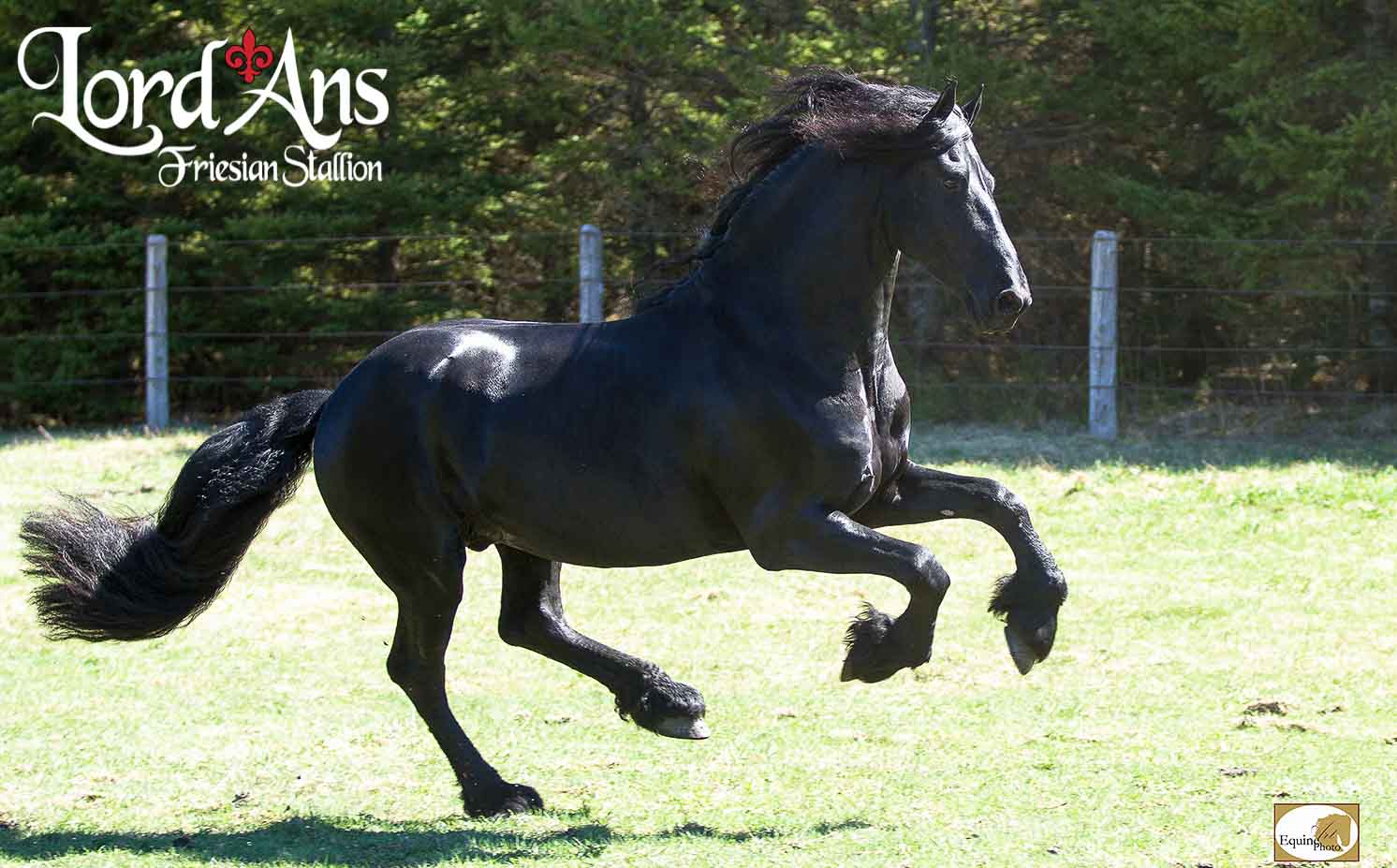 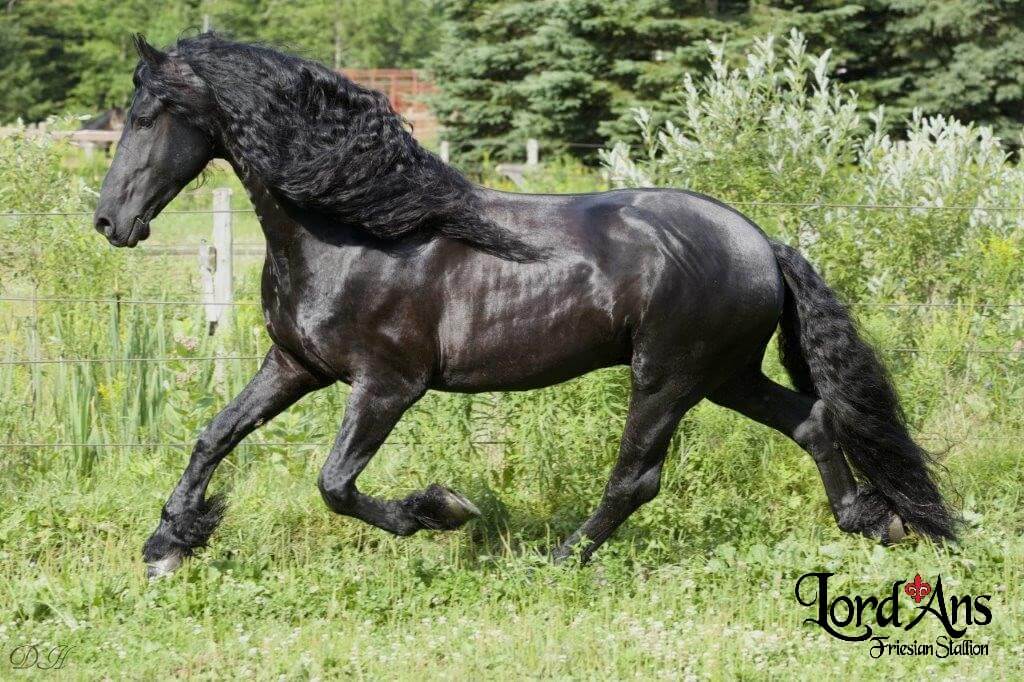 Lord Ans descends from the modern sportive type of the Friesian breed. His sire, the magnificient Nanning 374 is an approved Friesian stallion and is half-brother of Fridse 423, equally approved stallion; Fridse was part of the Friesian Train at the opening of the World Equestrian Games in 2010. Lord Ans dam, Greta, was imported from Holland and resides in Quebec at Les Écuries Équinocks; she is part of the circus troup Caval’Art.

Whether by his royal expression, his stunning presence or his fine results in the competition ring, Lord Ans makes a huge impression on show grounds. He collected rewarding comments from the judges concerning the quality of his work, and obtained high scores for his gaits; his powerful, uphill and expressive canter has particularly been noticed. Lord Ans is 2013 Champion Training level Open of the Quebec Gold Dressage Circuit and 2014 Champion Level One Open of the Quebec Gold Circuit, obtaining scores up to 72 %.

Lord Ans is registered at the Friesian Horse Association of North America (FHANA) and at the Friesian Sporthorse Association (Foundation Book, Bronze Elite) which promotes the breeding of horses revealing the Friesians’ beauty, gentle temperament and expressive gaits combined to the athletic qualities, the suppleness and endurance of breeds such as Thoroughbreds and Warmbloods. The Friesian Sporthorses are versatile, and notably talented for dressage and driving; many of them have been successful at the higher levels of those two disciplines. 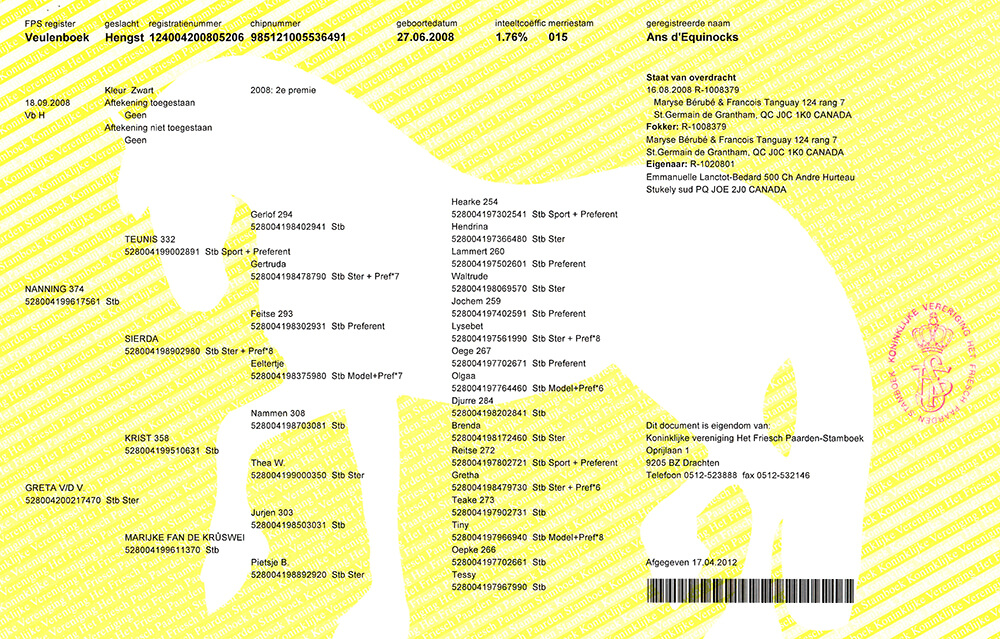 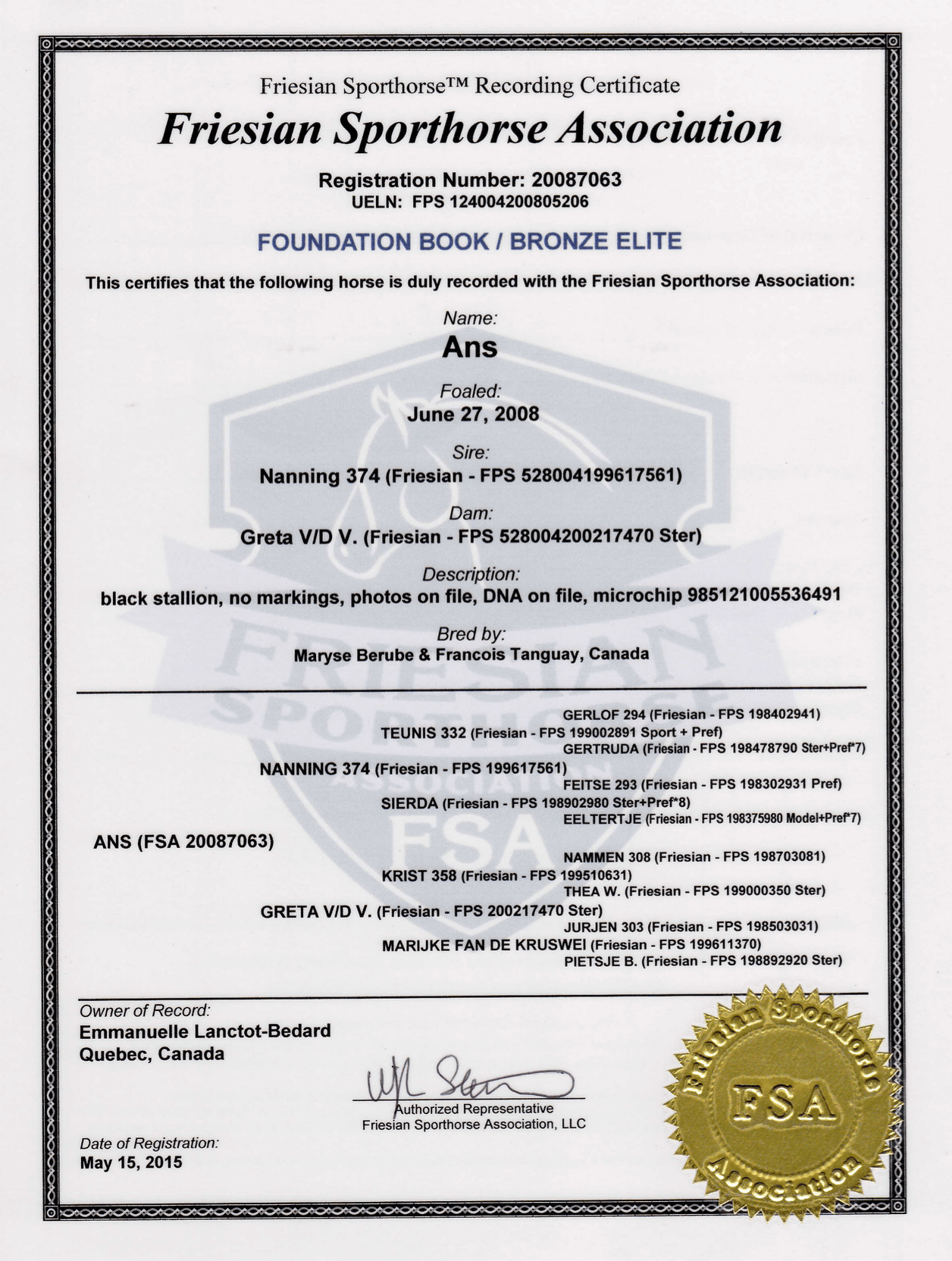 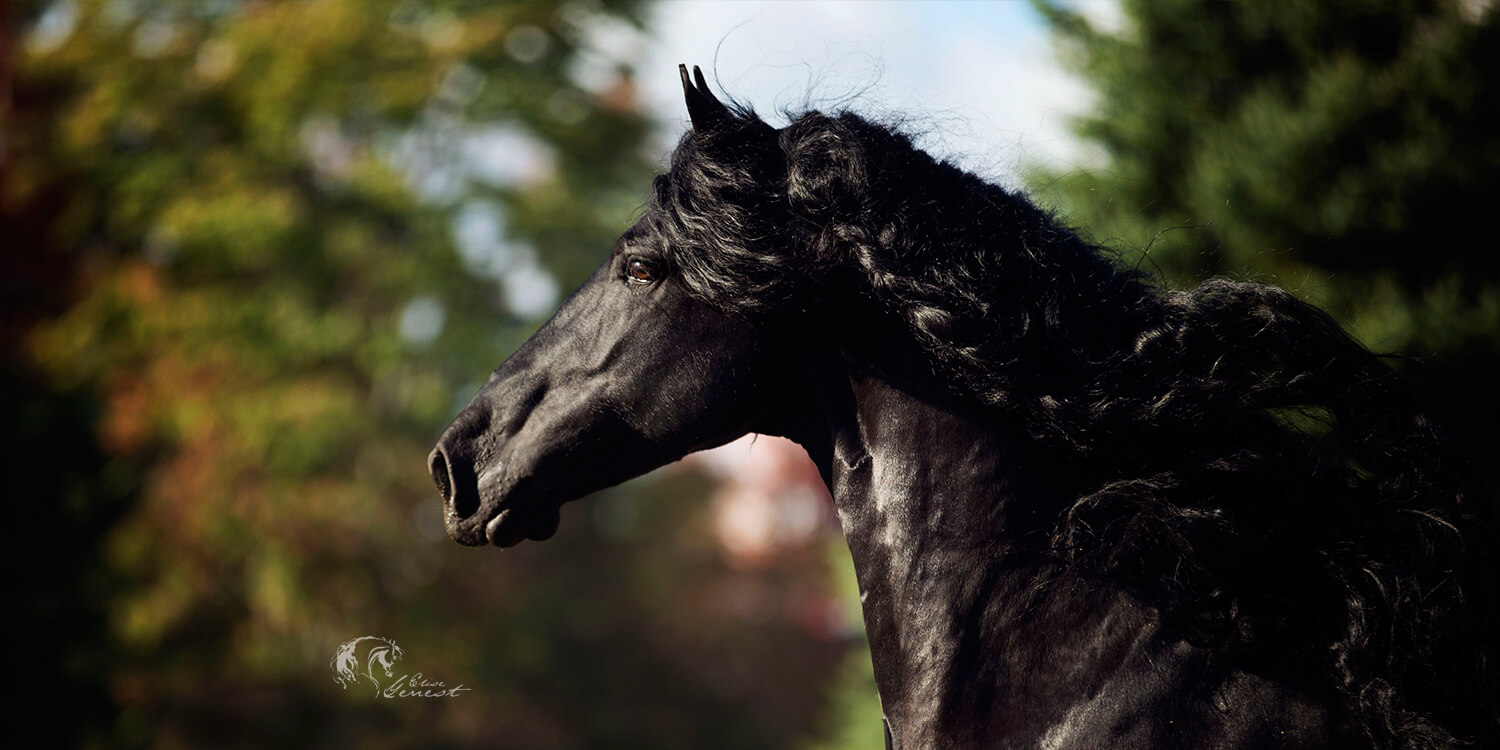 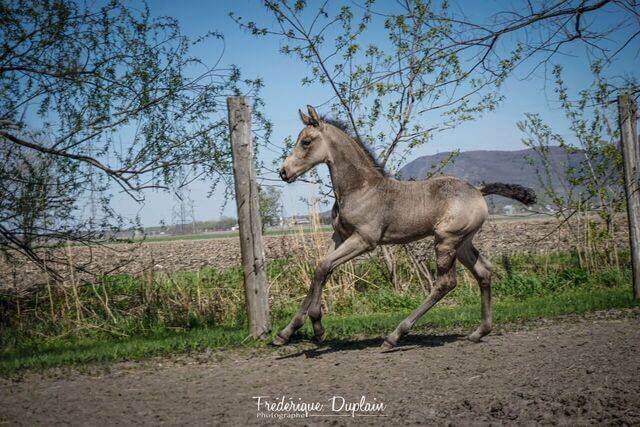 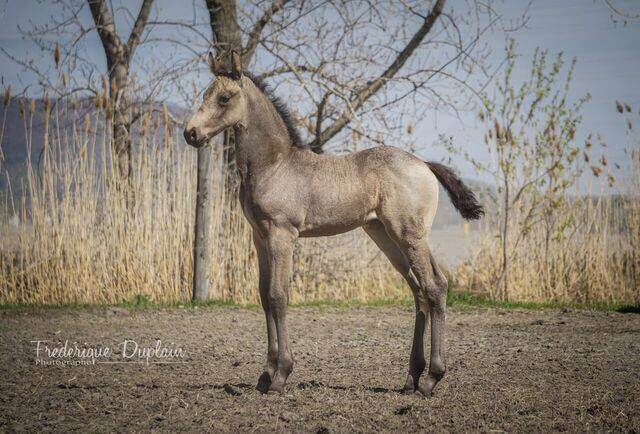 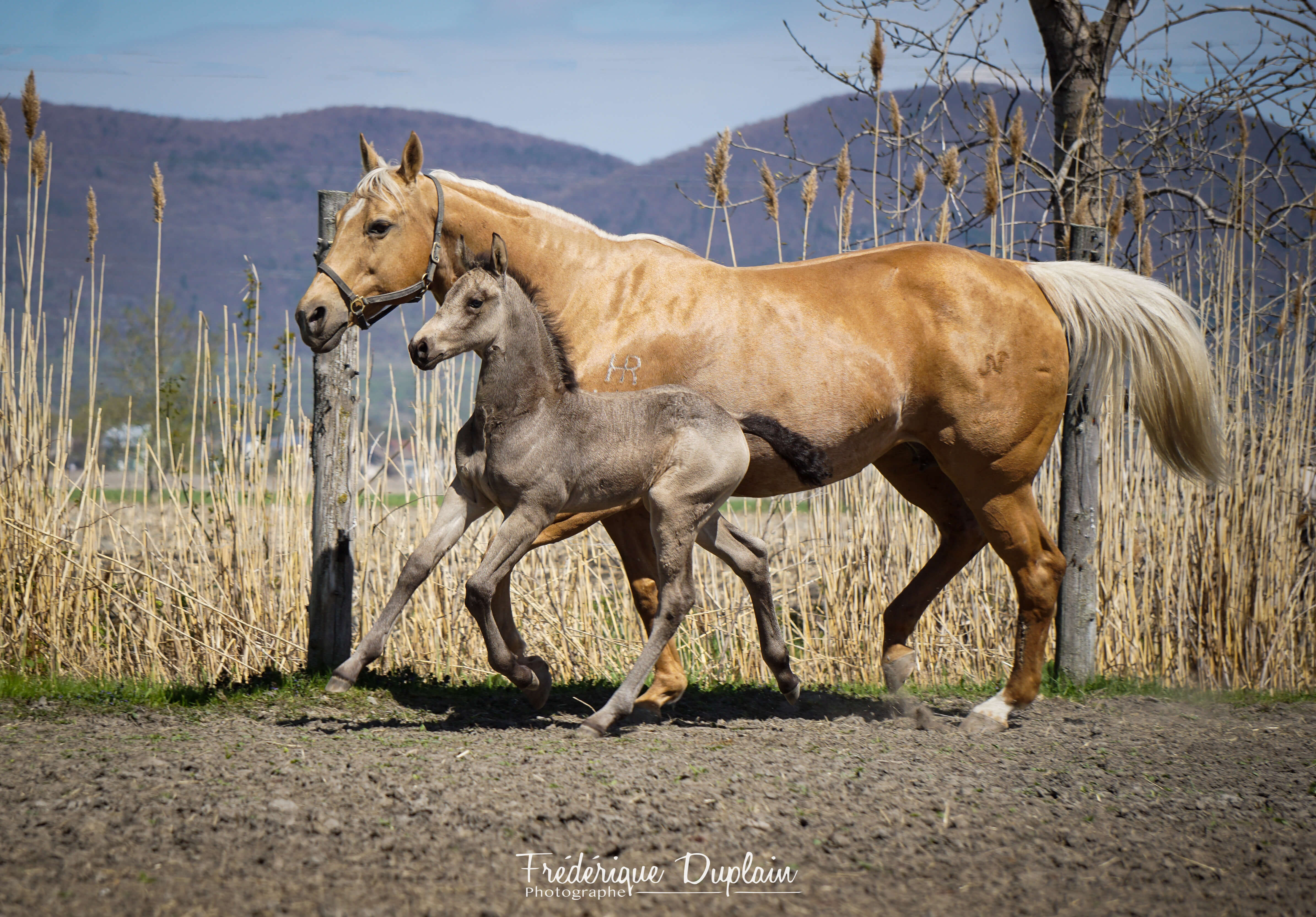 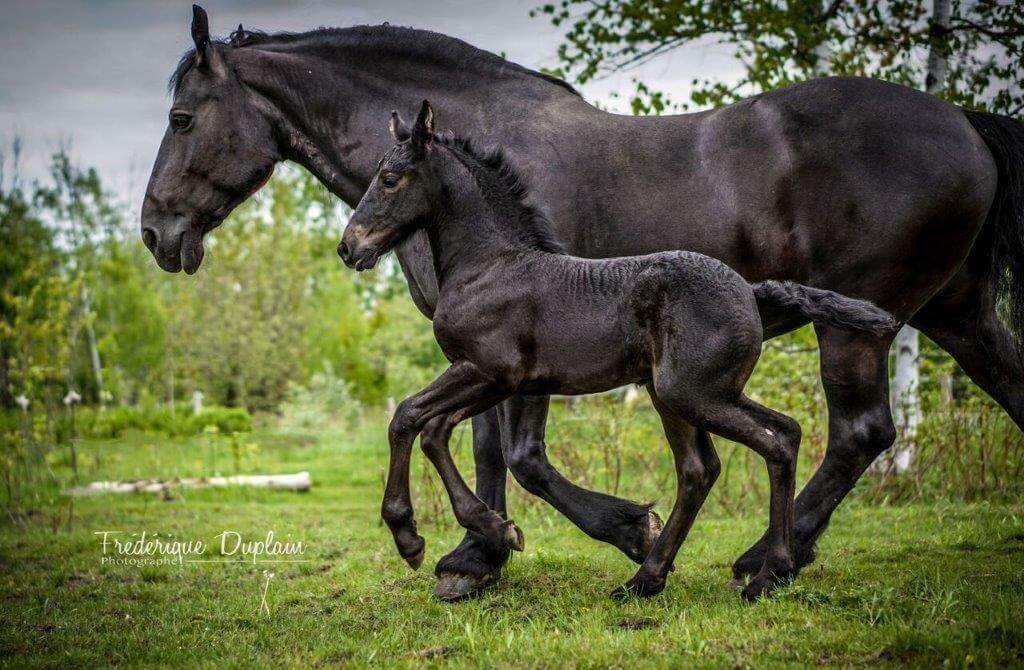 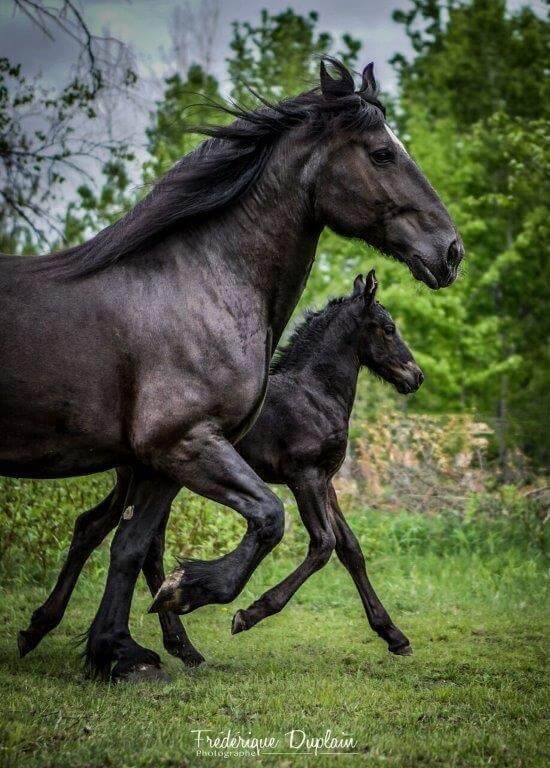 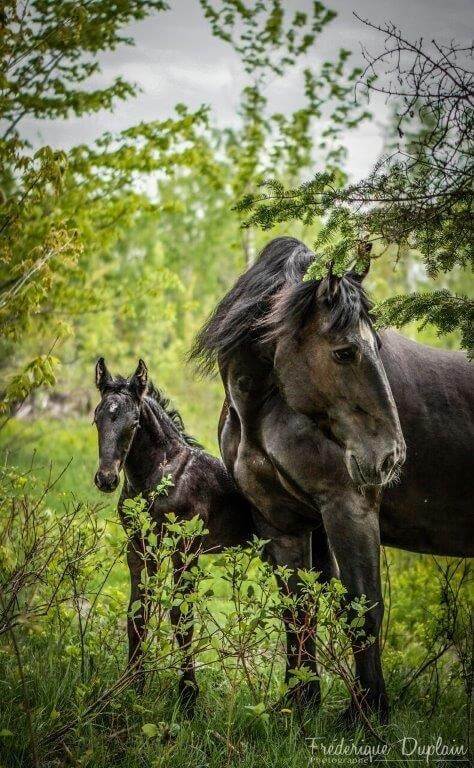 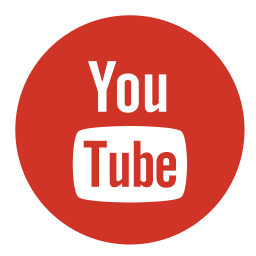 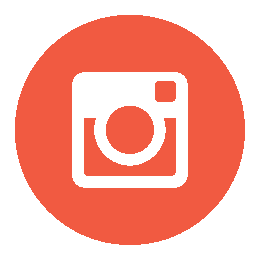